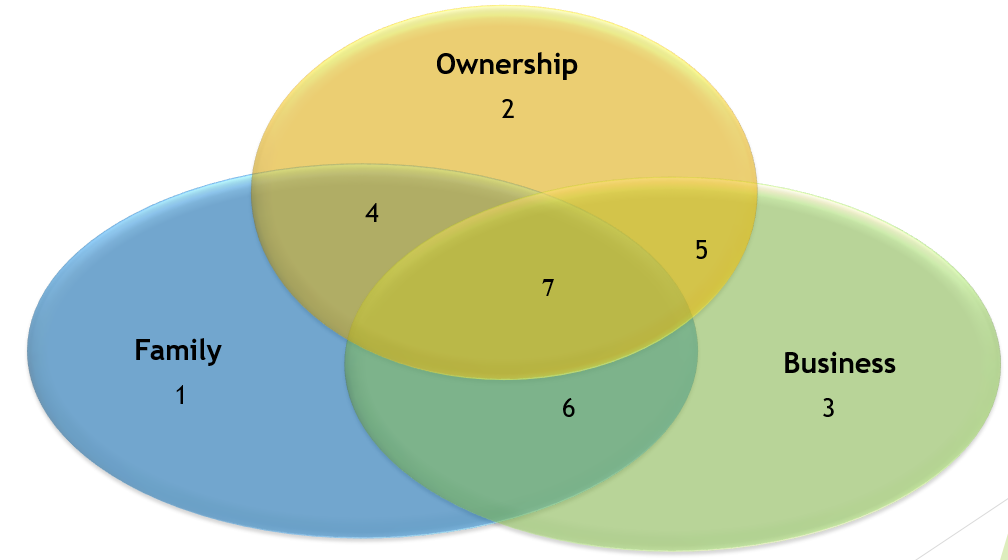 Do you know about the Family Three Circle Model Nightmare? You may have seen something similar to it before. Various versions of this model have been bandied around the Family Business circuit for a long time.

It has been used to explain any big interactions within the Family Business.  Its “Big Picture Stuff” which captures the relationship between: 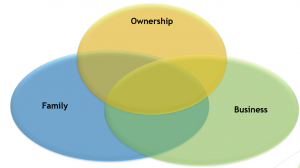 Of course, the big picture is important – the throw away here is that the Circles interact and cause pressure on each other …. and well they do!

The Three Circles though show seven, yes 7, sectors of pressure and interaction between: 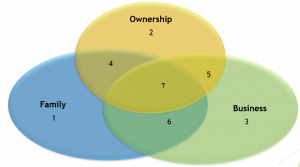 It’s a complex nightmare some family businesses don’t ever wake up from. The some that do wake up, often don’t do it in time, so they don’t survive.

That’s the stark reality. Not recognising the problem and or not doing anything about it in time.

So, what’s the problem?  Well, if the owners talk to the stakeholders BEFORE making major decisions about the future (which effect management, staff and family members) a lot of potential grief can be averted.  But, in this case study, let’s say they didn’t.

The decision not to talk brings enormous profit to Circle 2 (the Owners) for a short time. Then after the first few weeks, disaster approaches as the Company fails to respond to the decisions made. Those that suffer are the extended family of the owner, employees (and their family members) – as well as staff morale, public perceptions, and profits!

Here, Circle 2 does not talk to to Circles 1 or 3 before making decisions (which effected them all). This is because Circle 1 perceives the each of the Circles as separate, bouncing ineffectually off each other. 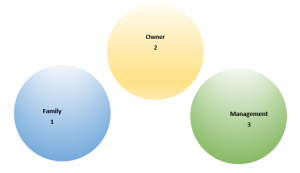 For more information about how we can help your Family Business avoid the Family Three Circles Model Nightmare, Contact Us. 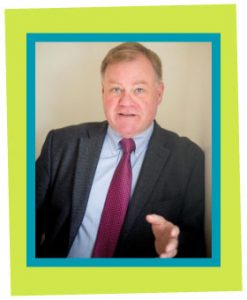 Over the past twenty-five years Paddy has worked in HR T&D at Director and Executive level. He has worked in heavy Industry, in Hi-tech, Medical Devices as well as Software reselling and Construction; leading teams across Europe, the Middle East and Asia for Global and international businesses. Most recently he headed up the Human Resources Department Mercury Engineering a major Irish based international business.

Throughout his career the one constant driver has been the development of people. The senior positions filled in, the UK and Ireland with British Steel and Smith & Nephew and mainland Europe with Software Spectrum and Insight, US multinational and global companies have focused on best practice HR and leading edge Training and Development.